We are proud to announce the 47th EUY Congress in Zinal

Every year in August the European Union of Yoga EUY organizes the International Yoga Congress in Zinal (Valais) in the heart of the Swiss Alps.

The Congress has been held annually for the last four and a half  decades and has always strived to preserve the authenticity of yoga traditions in Europe.

The EUY is represented by 24 national yoga associations in 15 european countries. Each year, the Zinal Convention brings together between 300 and 500 participants, mostly yoga and meditation teachers, but also yoga practitioners of all ages and from around the globe. Many prominent teachers are among the guests of honour invited each year since 1973, including Swami Satchidananda, Swami Satyananda, Andre Van Lysebeth, Indra Devi, T.K.V. Desikachar, A.G. Mohan, T.K. Sribhashyam, Willigis Jäger, Père Lassalle, Sogyal Rinpoche, Sri Anandi Ma, Swami Nityamuktananda, Ravi Ravindra and many others. This year, Sraddhalu Ranade and Geza Timcak are the guests of honor at the prestigious Zinal Congress.

As we move from a materialistic, externally focused life towards an enlightened, inward-looking existence, we find ourselves seeking to understand our real identity.

Our guests of honour

Sraddhalu Ranade is a scientist, educator and scholar residing at the Sri Aurobindo Ashram in India, who has influenced over 5000 teachers throughout India with his intensive workshops on Integral Education. He has travelled widely around the world sharing his knowledge and experience of the Integral Yoga, the Veda and other traditional Indian knowledge systems bridging them seamlessly with modern sciences and technologies.

Geza started teaching yoga as a yoga teacher in 1975. He learned from European and renowned Indian yoga and spiritual teachers (1977-2019) mostly in India. Since 2016 he teaches also a unique way how to work towards spiritual maturity using the practical technique of Srí chakra sadhana.

About the Zinal Congress 2020

About the Zinal Congress

The EUY holds one congress per year in August in Zinal in Switzerland. The Congress offers many top level teachers in five languages over a week (Sunday till Friday), and classes range from lectures to practice to In-Service training.
We are proud to present the movie of EUY Congress Zinal 2016. You can click on the button below right for full screen mode, and the Escape key to return to normal view. 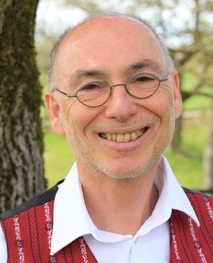 Join Reinhold during a two hour Ayurvedic cooking class, then enjoy the results of your work.

In our cooking classes we experience the soothing and healing effects of ayurvedic nutrition sensually and enjoyably.