Delegates represent their member organisation at the General Assemblies and participate in the Organisational teams.

Practices yoga (not only the postures) since 1975, teaches since 1985, teacher trainer since 2001. Trained in the tradition taught by the disciples of Swāmī Śivānanda Sarasvatī, especially that of Satyānanda (Bihar School of Yoga) till 1995, then in the tradition of Viniyoga by Claude Maréchal et Frans et Simone Moors).

Initiated in 2001 in the tradition of the Himālayas by Swāmī Veda Bhāratī in Rishikesh.

Appreciates the EYU for what is expressed in her Vision (www.europeanyoga.org/euyws/fr/a-propos/uey-vision/ ) 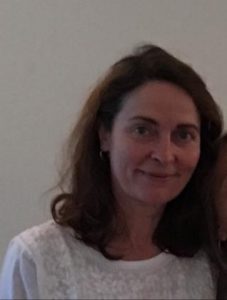 Practices Yoga since since the age of 11
By the age of 24, he first stayed in a monastery in the Himalayas, before wandering along the roads of India, meeting many traditional masters with whom he sometimes stayed, studying very specific teachings from classical as well as tantric yoga practices. After some searching years, meeting Kashmiri Babu, a wandering ascetic from the Shaïva tradition, he undergone a deep study retreat into the spiritual quest.

Also very touched by his meetings with J.Krishnamurti and Sri Ananda Mayee Ma, he studied two other important aspects of the inner path, related to these two great instructors: discrimination and relationship.

It is the final encounter with Chandra Swami, an ascetic from the Brahmanic lineage of the Udasins, which will give a full sense to all the teachings studied before.

Back to France, he studied several years the art of teaching Yoga through the points of view of four different schools: Swami Shivananda, Lucien Ferrer (Yoga of Energy), Nil Haoutoff and Sri T.K.V. Desikachar before becoming himself a teacher.

Near to those activities, he participates in the creation of two important international alternative fairs in Paris, Vivre et Travailler Autrement (Fair of Social Alternatives and Solidarities), and Santé Autrement (Fair of Natural Medical Practices and Traditional Healings) as the “Quality Manager” for ten years.

Having written many articles for yoga magazines, invited to radio and television programs, as well as national and international cultural meetings.

Willing to participate in the transmission of the ancestral yogic tradition, he teaches authentic yoga practices where old classic knowledge meets contemporary human discoveries, through a whole system of classes, seminars, training programs, retreats and studying trips in traditional places of India.

In this direction, the teachings are a vast complex of different practices helping to build a holistic mind including all aspects of our life and our identity: bodywork and energetical dynamism, development of conscious and natural breathings, study of the different relaxation levels and dream consciousness, intuition awakening and development of concentration degrees, mastered widening of the senses, Sanskrit chanting and inner silences, study of traditional yoga scriptures.

For the last 15 years, André has been spreading the teaching across Europe, Middle East, South America, North Africa and Far East
Currently in charge of 2 international Yoga Retreats Prana Bindu in Ujjain (India) and Somapa in Avignon (France), he his leading retreats in several countries and teaching programs for several institutions and Universities

1988 – I qualified as a yoga teacher with the Irish Yoga Association (IYA) in Dublin, Ireland and since then I have
been teaching a number of weekly classes.

1999 – I was invited to tutor on the IYA Teacher Training Courses and I am one of the senior tutors with the Dublin
course.

Having served on the EUY Board I am currently representing my federation on the EUY Education Team as part of
English Skype Team. I also work on a Skype translation team.

Personal aim for the EUY: I see the EUY as a beacon upholding the essence of yoga, its beliefs and traditions.

Ireland is on the western outskirts of Europe, so for me and my Federation the contact and connections with like-minded people is invaluable for both my growth and that of IYA – Ireland.

Arianna is a physical education teacher living and working in Ravenna (Italy). A yoga practitioner since 2005 and qualified as a yoga teacher with the Italian Yoga Federation (FIY) in Rome (ISFIY 2009-2013), she continued her training in Yoga Wellness (2016-2017) and Yoga of Education (2019-2021) with Sarva Yoga International. After specialising in prenatal and postnatal yoga, Arianna co-founded the “Spazio Nascita” project with a perinatal psychologist, a pathway of accompaniment from pregnancy to the child’s 3rd birthday. Currently, Arianna is taking courses in yoga philosophy online with SarvaYoga University.
She is registered in the FIY register of yoga teachers and associated with AssoYoga Italia. Founder of the “Bindu” wellness studio, dedicated to the transmission of the traditional teaching of hatha yoga. Arianna is a member of the Supervisory Board of the Italian Yoga Federation.

I am originally Danish by birth but have live most of my life in the Netherlands I gradutaed from the Sswitha voor Yoga % Wijsbegeert in the Netherlands mo30 years ago, and have been teaching yoga both groups and individually ever since. I have my yoga studio in my house and teach 3 nights a week. I also give workshops on themes such as Yoga and Ayurveda from time to time. I have been part of the board of the VYN for the past 4 years and I am at present holding the position of chairman(president) of the VYN.
Whilst studying at the Radboud University, religious Studies, I travelled to India several times to study and to do field research, during those stays I managed to follow yoga classes and visited several ashrams. As I have lives in 6 different countries I strongly favor working together and exchange views on an international level, so being part of the EYU is only natural. Contact information: [email protected] or [email protected]
www.anneyoga.nl

Joana Oliveira is 36 years old and is Yoga teacher for children, adults and pregnant women, since 2007, formed by the Portuguese Federation of Yoga (Trainning Courses of Yoga Instructor and Yoga Teacher), by Birthlight Trust, in partnership with the FPY (Trainning Course of Yoga Pre and Post-Natal) and RYE – Research sur le Yoga dans l’eduction (Technical Course of Yoga and Relaxation in Education). Since 2012, she ministers also Yoga with Sound classes, in partnership with Ricardo Branco, under the Planeta Azul Project. She attends since 2011, seminars with the teacher and yogi Walter Ruta. Joana is currently President of FPY, after a term as First Secretary in the previous direction. She was, during five years, responsible for coordinating the Yoga Trainning Course of the FPY. She is currently professor of Ethics, Education and Didactics of Yoga, History of Hindu Philosophy and Sacred Texts in Trainning Course of Yoga of the FPY. She is also one of the teachers of the Specialization Course in Yoga for Children of the FPY. She was part of the entourage of FPY at the European Yoga Congress of the EUY, in Zinal, in 2008, 2010, 2011 and 2012. Joana is, since 2015 delegate of FPY in EUY, where she takes part of the Communication and Admission Team.
The EUY is the possibility of being in contact with the European yogic universe, facilitating the exchange of experiences, knowledge and resources. By sharing, we can all improve our work in the service of Yoga! We see the EUY also as an important contribution to the practice of Yoga in a safe and responsible manner, according to the yogic tradition.

Carlos has been learning and practicing yoga since 2000, He started daily practice and assisting at teacher training seminars for following years. In 2006 He moved to India to find more knowledge on everything concerning this science. When he got back to Zaragoza he started the 4-year AEPY´s teacher training program and he continues for 8 years more doing his Masters while learning Sanskrit. In 2016 Carlos Cristian was elected as president of AEPY Spain and starts to take part in the EUY meetings that take place at Zinal yoga congress every year. Since 2019 Cristian is the AEPY delegate to the EUY and part of the meeting team. 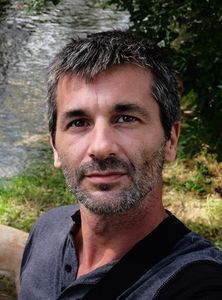 Roland Haag, economist, practices Hatha-Yoga since 1989. He graduated as a yoga teacher from the Swiss Yoga Association and holds the Certificate as a Teacher in Adult and Continuing Education by the Swiss Confederation. In the year 2008 Roland was elected President of the Swiss Yoga Association. In 2014 he was elected as Treasurer to the board of the European Union of Yoga. For Roland the EUY is an important International Yoga body, that should act as an anchor to safeguard the eternal message of Yoga in this millennium and through its yearly held congress in Zinal, offering a platform to serious Yoga practitioners around the world, to gather and celebrate regularly the powerful Tradition of Yoga. [email protected] www.feelyoga.ch

Delegates represent their member organisation at the General Assemblies and participate in the Organisational teams.

Federation Registered Schools and Teachers can use this portal to enter the registration process.

Here you can join the European Union of Yoga.